"Cyberspace. A consensual hallucination experienced daily by billions of legitimate operators, in every nation, [...] A graphic representation of data abstracted from the banks of every computer in the human system. [...] Lines of light ranged in the nonspace of the mind, clusters and constellations of data. Like city lights, receding. . . ." —William Gibson, Neuromancer

No ads, no tracking, and no data collection. Enjoy this article? Buy us a ☕.

My interest in the Duo goes beyond the excitement of the initial announcement. Rumors have existed about Microsoft’s re-entry into the mobile devices market shortly after the end of official support for Windows Mobile 10. At that time, I was using a Nokia Lumia 950XL and loved the OS. I still have that phone. A long time ago, though, I was tracking another Microsoft folding device that never actually made it to market: the Courier. The Surface Duo undoubtedly is the successor to that device. 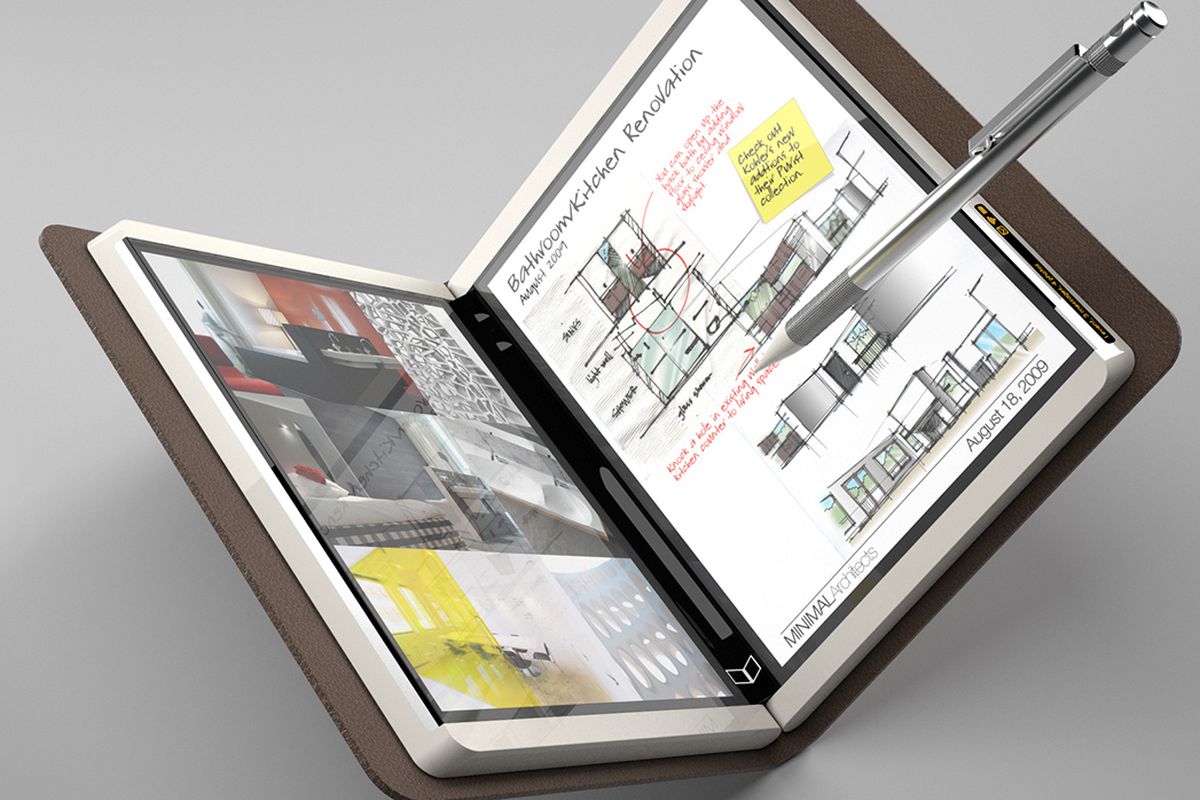 The Courier was actually much more akin to the upcoming Surface Neo than the Duo, but even back then, the idea of a research-centric device appealed to me. Microsoft announced in 2010 that it was no longer developing the Courier. Then there is the original Microsoft Surface. Now renamed PixelSense, the original Surface was announced in 2007 and was, effectively, an interactive coffee table that would respond to objects placed onto it. It was awesome. 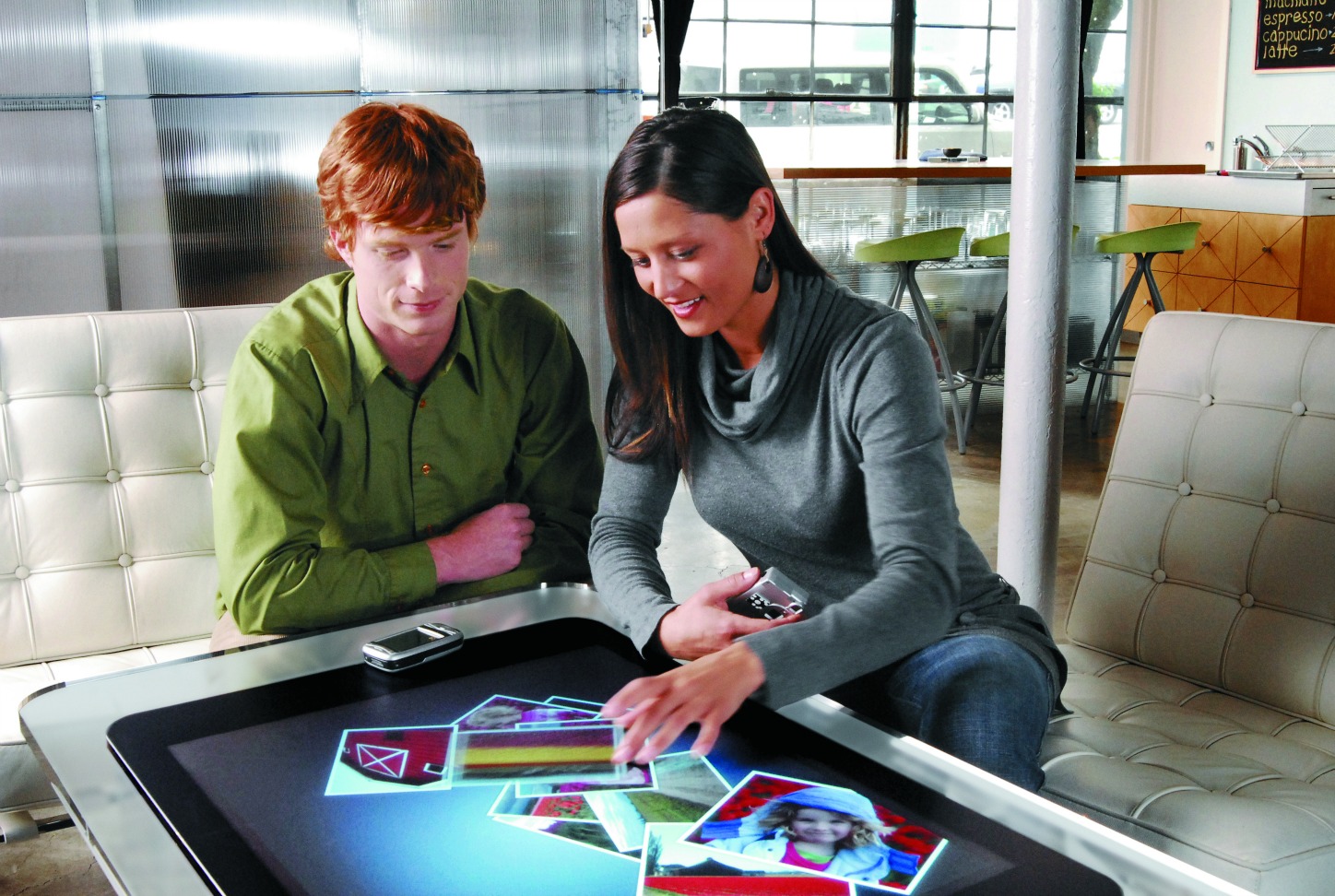 After the demise of Windows 10 Mobile, information about Andromeda had begun to circulate. Andromeda would be the portion of Core OS responsible for mobile devices. Core OS was a rebuild of Windows 10 that would be able to run on any platform. Coupled with CSHELL (which we’ve discussed on the podcast), an adaptable UI, Andromeda would be Microsoft’s return to the mobile devices market. It was expected to drop the codename and be released under the Surface brand. 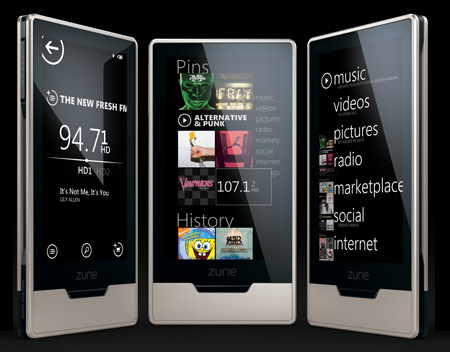 While many, including myself, extolled the Windows 10 Mobile experience (Metro is still my favorite mobile UX, originally appearing on later Zune devices), it was well known that a dearth of apps made Windows 10 Mobile a non-starter. It is most likely this reason for the partnership between Microsoft and Google to bring Android to the Surface Duo. Now I was finally getting my Surface branded Courier on a device that had broad developer support!

Much lamentation could be heard, heralding the death-on-arrival of the Duo as a result of “last year’s specs.“ I haven’t found the lack of cutting edge tech to hamper my usage of the Duo. Perhaps there are many who purchase yearly phone updates, but I was still using a Pixel 2XL when I pre-ordered the Duo. I saw no reason to upgrade a phone that was perfectly serviceable, despite having launched nearly three years ago. My point is: specs don’t mean a thing if the device can’t do what you want it to do. I have hardly put the Duo down since it arrived in the mail five days ago, and it has been a lot of fun setting it up, learning how to use it and getting comfortable with it being my primary device.

Bugs. Yes, the UI gets a little finicky at times as it tries to negotiate between screens, keeping up with my own flipping and folding as I make it conform to my current use case. Duo appears to be using a modified version of Android gesture navigation. The good news is, if you don’t like it, you can change the settings to the 3-button navigation you’re likely used to if you are already familiar with Android.

Battery life. I’m putting the device through its paces, so it’s pretty much always on. I’m even writing this article on it. Heavy use doesn’t seem like it’ll make it all day, especially with both screens active. I think I can expect a somewhat full day once my usage returns to normal parameters. Until then, I’m usually near a charger.

Service: I kept my Google Fi subscription, slotted the SIM and had no issues. With Fi in particular, not all of the services that the omnibus carrier offers are supported, so basically it’s just T-Mobile under a different name. I can live with that.

Form factor and The Hinge. It feels great. I applied the bumper, because I’ll be damned if I’m letting a $1500 device (after taxes) get dinged up. Plus, given how thin each panel is, the rubber bumper offers some grip to the slippery Gorilla glass texture. The hinges are as nice as anyone has said: it stays put and feels solid. Hopefully it’s been engineered to stay that way.

The camera. I’ll miss the Google-AI enhanced benefits of the Pixel, but the camera works fine for me, as I’m not one to take tons of pics anyway. It will get the job done for what I need it to do. I will admit, one of the quirks of the device is flipping it around to make use of the single camera. The Duo does a fair job of recognizing which screen is facing me and when I flip it around for a photo, but it’s not flawless and this is where I found myself futzing around with it the most. Hopefully this gets some attention in future software updates.

Overall, I love the Surface Duo. I cant see myself going back to a single-screen format, much in the way I prefer to use two screens when I’m writing code. I will if I have to, but as it stands right now, I’m all in on the Duo.